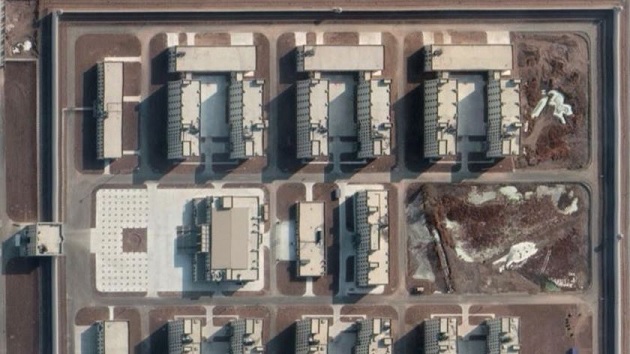 What good is a promise if you don’t know what it means?

January 27, 2021 marked a notable event in recent history. It was the 25th anniversary of Holocaust Remembrance Day – a day of sober and reflective gathering to honor and give posthumous dignity to the millions of Jews that were slaughtered by the National Socialists of the Third Reich at the height of its powers.

Unfortunately, that little day is all we give them. We lavish praise and applause for the survivors who remain with us, showering them with trite platitudes about how much we appreciate them and how committed we are to them and the memory of those they lost.

“Never again!” we say over and over until we are sure the dead have heard us…

…and then we forget all about them like they don’t exist and their loss never happened.

There is little meaningful difference between the understanding modern-day America has of the Holocaust and that of the cretins who outright deny it. If we note the day at all, it, like Black History Month, is segregated, trivialized, and given a comfortable distance, rather than integrated into our national and cultural marrow throughout the times. It is as though the concentration of Jews and the Final Solution thereafter were committed by a different species of unemulatable evil, rather than people who easily could have been us. We train ourselves today to see Nazis on every corner where few actually exist, but we do not internalize the crime itself. We hit the panic button when we see anti-Semitism from ugly white people, but both chambers of the United States Congress currently have at least one non-white open and proud anti-Semite in their memberships. This apparently does not matter because they are Progressive, and therefore superior humans.

We fail to understand, as Justice Scalia noted in his hauntingly illustrative speech, that the Nazis had pretensions about themselves and their new, evolved, sophisticated nature as intellectually precious connoisseurs of fine comforts and classy culture not especially different from our own today. What they lacked were the uncompromisable standards of moral conduct of which, at least on social media, we too are so bereft.

We also fail to understand that the entire world watched with a half-knowing eye what was going on in Germany from 1933 to late 1941, and failed to act until attacked by either Germany itself or an ally thereof. This, we tell ourselves every January 27, is the mistake we are sure never to make again. But we have made it. We have made it many times, and we are making it again right now. 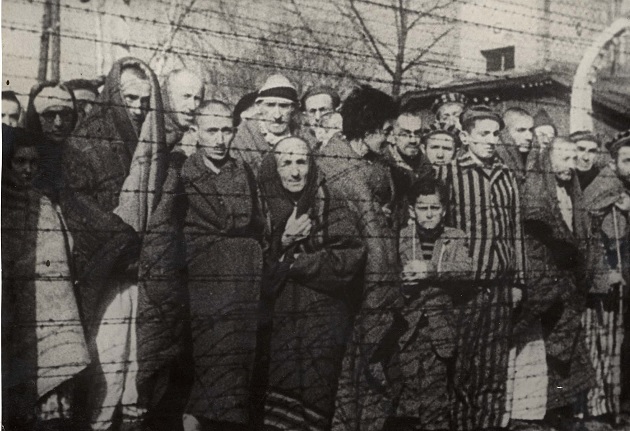 As I write this article, more than a million men and women who belong to a central/east Asian ethnicity and generally subscribe to Sunni Islam are being detained, separated, sheared, sterilized, raped, tortured, enslaved, and subject to prolicide. This story is not new. We have known about it for at least as long as the last six months of 2020. If you are a Washington Post or Vox reader, you’ve known about it since 2018. We all know about it. And we don’t care.

Now, if you’ve read anything from me before, you may be wondering why this particular event puts fire in my eyes when there are so many others around the world at the same time. I am, after all, the guy you can always rely on to tell you that you’re overreacting, your outrage is misplaced and overly exuberant, and that a healthy detachment is encouraged. This is all true. Yet it is both scale and perpetrator that make the critical difference here. When tens of thousands of Ugandan children are abducted and bred into soldiers, that is mostly the product of one insane, theocratic warlord. When nearly 400,000 people die in Syria, that is a result of a half-decade long civil war – not all deliberate plotting by the dictator. When thousands of Yazidis are forced into a trail of tears, that is the action of a militaristic fake state that has never been legitimized by the rest of the world. And when hundreds of Chechen homosexuals are killed in a regional purge by totally-not-Vladimir-Putin, that’s terrible, of course, but it is nowhere near the scale of the forced assimilation of over a million in “re-education” camps that sprawl throughout the Xinjiang Province of eastern China. That is almost a tenth of the total Uighur population.

What we know of the Uighurs didn’t come from an amateur documentary that suddenly went viral on the internet, nor a bombshell report from a rogue journalist who braved the horrors. Its “denial” is loudly and proudly declared in such an outright manner by the Chinese government, that it all but amounts to a boast and taunt. We know, and we don’t care.

Why would we care? We have no Uighurs among us. We share no bonds of common history or old alliances with them. They likely did not (until under Chinese control) cultivate, manufacture, or provide goods and services that we consume and appreciate. What are these people to us? And they are certainly nothing to us compared to China – the mighty and powerful destination center of the world with its exotic and mysterious Great Wall, Forbidden City, panda bears, and communist government.

China sponsors the NBA and the Disney Corporation, having effectively annexed them and turned their products and items of interest into weapons against the West. King James can speak from his palace of extraordinary wealth and privilege about all the ways America makes him a victim, despite the millions of fans he has from coast to coast, but he will dare not utter a word against his principal benefactors. Disney pumps out one unit of cinematic wretch after another, whether it be the “Marvel Cinematic Universe” or “Star Wars” franchise – each blockbuster serial entry full of woke dog nuggets for the Rotten Tomatoes’ approved list of shills – and none will dare question the perfection and magnificence of China. And Hollywood’s blatant racism against black movie stars comes at the behest of China, whose audiences’ prejudices and comforts shall not be disturbed.

And neither will ours. 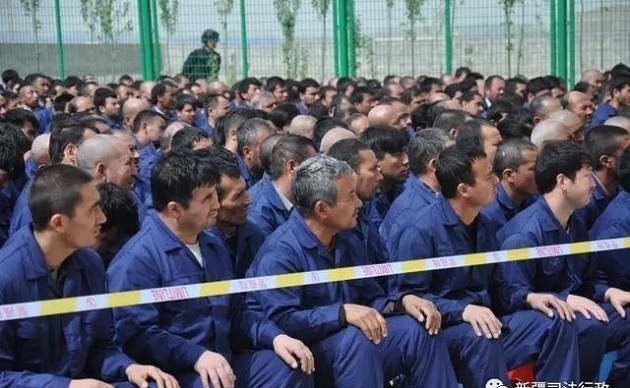 So here we sit in our comfortable pajamas likely made in China, in our comfortable homes full of stuff made in China, consuming comfortable sports and media sponsored and dictated by China, telling ourselves and our Jewish peers once every year that we will never again allow a people to be systematically concentrated and brutalized in almost exactly the manner that China is currently doing to a million of its own. So certain we are that we are a thoughtful and progressive people. At least a denier is honest. Some might even be forgivably naïve, refusing to believe that human beings are capable of it. But if we really insist we are better than them for acknowledging the Holocaust, what good is it to extend such recognition if we don’t think, even for a moment, about what it might take to actually prevent another one? What do we mean when we say “never again”?

I am not actually suggesting that this is the path we must take. I do not think a war is a good idea. And I certainly don’t think that we are in any shape to fight one. The point is that without an ironclad national resolve to stand up for what is right, and a willingness to sacrifice our leisurely treasures to promote what is right, “never again” means nothing. It is an insult to every Holocaust survivor and the memory of the murdered to offer such a promise through fickle teeth.

It might as well be a promise from someone who believes it never happened.