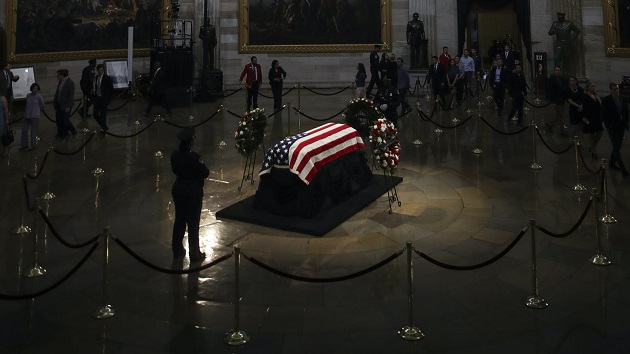 The following is the transcript of my favorite speech ever delivered by the late Justice Antonin Scalia. Although I have never actually heard the speech, every time I read the words below, his voice rings alive in my mind. I take no credit for the transcript. It is available in Scalia Speaks: Reflections on Law, Faith, and Life Well Lived edited by his son Christopher Scalia and former clerk Ed Whelan, and which you can purchase on Amazon here. I am truly grateful to them for the wonderful work they did preserving his legacy through his rhetoric.

Distinguished members of the United States Senate and House of Representatives; members of the Diplomatic Corps; survivors of the Holocaust; ladies and gentlemen:

I was profoundly honored to have been invited to speak at this annual ceremony in remembrance of those consumed in the Holocaust. But it is not, I must tell you, an easy assignment for a non-Jew to undertake. I am an outsider speaking to an ancient people about a tragedy of unimaginable proportions that is intensely personal to them. I have no memories of parents or children, uncles or cousins caught up in and destroyed by the horror. I have not even that distinctive appreciation of evil that must come from knowing that six million people were killed for no other reason than that they had blood like mine running in their veins.

More difficult still, I am not only not a Jew, but I am a Christian, and I know that the anti-Semitism of many of my uncomprehending co-religionists, over many centuries, helped set the stage for the mad tragedy that the National Socialists produced. I say uncomprehending co-religionists, not only because my religion teaches that it is wrong to hate anyone, but because it is particularly absurd for a Christian to hate the people of Israel. That is to hate one’s spiritual parents, and to sever one’s roots.

When I was a young man in college, spending my junior year abroad, I saw Dachau. Later, in the year after I graduated from law school, I saw Auschwitz. I will of course never forget the impression they made upon me. If some playwright or novelist had invented such a tale of insanity and diabolical cruelty, it would not be believed. But it did happen. The one message I want to convey today is that you will have missed the most frightening aspect of it all, if you do not appreciate that it happened in one of the most educated, most progressive, most cultured countries in the world.

The Germany of the late 1920s and early 1930s was a world leader in most fields of art, science, and intellect. Berlin was a center of theater; with the assistance of the famous producer Max Reinhardt, playwrights and composers of the caliber of Bertolt, Brecht[,] and Kurt Weill flourished. Berlin had three opera houses, and Germany as a whole had no less than eighty. Every middle-sized city had its own orchestra. German poets and writers included Hermann Hesse, Stefan George, Leonhard Frank, Franz Kafka, and Thomas Mann, who won the Nobel Prize for Literature in 1929. In architecture, Germany was the cutting edge, with Gropius and the Brauhaus [S]chool. It boasted painters like Paul Klee and Oskar Schlemmer. Musical composers like Anton Webern, Alban Berg, Arnold Schoenberg, and Paul Hindemith. Conductors like Otto Klemperer, Bruno Walter, Erich Kleiber, and Wilhelm Furtwängler. And in science, of course, the Germans were preeminent. To quote a recent article in the Journal of American Medical Association:

“In 1933, when the National Socialist Party came to power in Germany, the biomedical enterprise in that country was among the most sophisticated in the world. German contributions to biochemistry, psychology, medicine, surgery, and public health, as well as to clinical training, had shaped into an important degree the academic and practice patterns of the time, and clinical training and research experience in the great German clinics and laboratories had been widely sought for decades by physicians and basic scientists from around the world.”

To fully grasp the horror of the Holocaust, you must imagine (for it probably happened) that the commandant of Auschwitz or Dachau, when he had finished his day’s work, retired to his apartment to eat a meal that was in the finest good taste, and then to listen, perhaps, to some tender and poignant lieder of Franz Schubert.

This aspect of the matter is perhaps so prominent in my mind because I am undergoing, currently, the task of selecting a college for the youngest of my children – or perhaps more accurately, trying to help her select it. How much stock we place in education, intellect, cultural refinement! And how much of our substance we are prepared to expend to give our children the very best opportunity to acquire education, intellect, cultural refinement! Yet those qualities are of only secondary importance – to our children, and to the society that their generation will create. I am reminded of words written by John Henry Newman long before the Holocaust could ever be imagined.

“Knowledge is one thing, virtue is another; good sense is not conscience, refinement is not humility. . . . Liberal Education makes . . . the gentleman. It is well to be a gentleman, it is well to have a cultivated intellect, a delicate taste, a candid, equitable, dispassionate mind, with noble and courteous bearing in the conduct of life; – These are the connatural qualities of a large knowledge; they are the objects of a university. . . . But . . . they are no guarantee for the sanctity or even for conscientiousness; they may attach to the man of the world, to the profligate, to the heartless.”

Yes, to the heartless.

It is the purpose of these annual Holocaust remembrances – as it is the purpose of the nearby Holocaust museum – not only to honor the memory of the six million Jews and the three or four million other pour souls caught up in this twentieth-century terror, but also, by keeping the memory of their tragedy painfully alive, to prevent its happening again. The latter can be achieved only by acknowledging, and passing on to our children, the existence of absolute, uncompromiseable standards of human conduct. Mankind has traditionally derived such standards from religion; and the West has derived them from and through the Jews. Those absolute and uncompromiseable standards of human conduct will not endure without an effort to make them endure, and it is to that enterprise that we rededicate ourselves today. They are in the Decalogue, and they are in the question put and answered by Micah: “What doth the Lord require of thee, but to do justly, to love mercy, and to walk humbly with thy God.”

For those six million Jews to whom it was not done justly, who were shown no mercy, and for whom God and his laws were abandoned: may we remember their sufferings, and may they rest in peace.