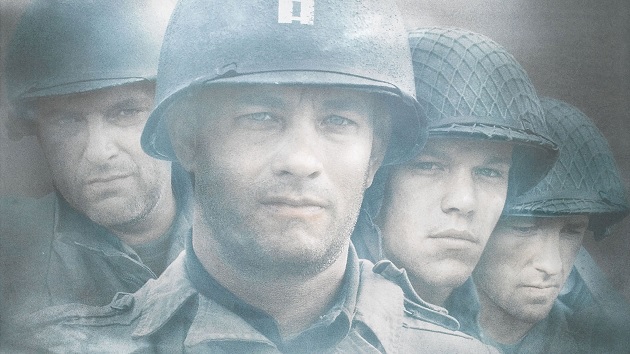 I have been shown in the files of the War Department a statement . . . that you are the mother of five sons who have died gloriously on the field of battle.

I feel how weak and fruitless must be any words of mine which should attempt to beguile you from the grief of a loss so overwhelming. But I cannot refrain from tendering to you the consolation that may be found in the thanks of the Republic they died to save.

I pray that our Heavenly Father may assuage the anguish of your bereavement, and leave you only the cherished memory of the loved and lost, and the solemn pride that must be yours to have laid so costly a sacrifice upon the altar of Freedom.

Yours, very sincerely and respectfully,

Funny thing about this letter; not only were the reports inaccurate about Mrs. Bixby’s sons’ deaths. When the letter circulated, Lincoln was as widely criticized for it as he was praised. His critics denounced it as a cheap public relations stunt.

For all the praise it deservedly gets for how great it is, Saving Private Ryan is one of the strangest war pictures I’ve ever seen.

It’s a movie crafted in undoubted affection for the G.I. Generation, paying homage to their courage and sacrifice in a very real war and speaking to their very real sense of survivor’s guilt. Yet it does so by telling a made-up story about a made-up squad on a made-up mission to save a made-up man. The final battle takes place in a made-up town over a made-up bridge against a made-up enemy company.

Myth overwhelms the subject in just about every aspect. As Steven Spielberg and Tom Hanks undoubtedly knew in meetings and consultations with Stephen Ambrose, there were plenty of real stories about real profiles in courage. Why does this film make so much stuff up?

The answer, I think, can be partially found in another myth of sorts from four-score before. During the Civil War, someone somewhere coined the term “terrible arithmetic” to describe General Ulysses S. Grant and the Overland Campaign. It is attributed to Lincoln, but it probably came from the newspapers which labeled Grant a “butcher.” It was a title he may well have deserved considering the body count throughout the late spring/early summer of 1864 with head-on, hand-to-hand fighting at the Wilderness, Spotsylvania, Cold Harbor, and so many other Virginia sites. The Union was “winning” in the sense that they were advancing and killing more than the Confederacy could spare, but the bloodletting made it perhaps the lowest point of the war. Yet Grant is considered a hero for all that because the war was eventually won and he accepted the enemy surrender at Appomattox. 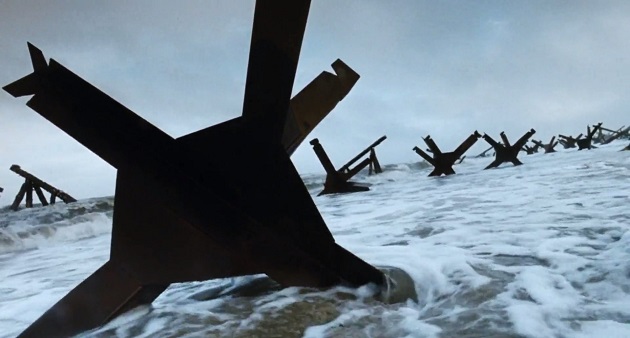 Throwing enough bodies at a problem until it isn’t a problem anymore sure seems like what’s going on during the first half-hour of Saving Private Ryan. As fond of D-Day as we are today, it’s hard to watch the “victory” at Dog Green Sector, Omaha Beach and feel even remotely good about it, even when the machine gun nest goes up in flames. Dozens, maybe hundreds have been chopped up, mashed, drowned, burned, and obliterated before our eyes. Some of the living are suffering fates worse than the dead, like the guy holding his guts in and calling out to his mother, or the guy scouring the sand looking for his left arm and picking it up like a piece of litter. The English Channel is bringing in a crimson tide, and there almost isn’t a single grain of sand on that beach that doesn’t have a body on it.

But then the terrible arithmetic continues. The mission to save Private James Francis Ryan is justified in an ostensibly high-minded way by General Marshall’s reading of the Bixby Letter. Now eight men have to risk their lives to venture into hostile territory in search of a presently MIA airborne soldier. The mission for a man is as absurd as the men understand it to be, including Ryan himself. A clear PR stunt in the vein of what Lincoln’s critics accused him of doing with that very letter. It flies in the face of every previous rationalization for losing a soldier for the greater goal.

My favorite scene emphasizing this is the lone moment of tragic comedy that arises when they find the wrong Ryan. All the egg on the faces of Captain Miller and his men clearly belongs to the high command who were not on the beaches and had no first-hand view of the carnage.

It’s a scene that, along with the report of the airborne pilot (more terrible arithmetic described here) and the shaking hand, gives weight to Miller’s choice to forget the Ryan mission at the first opportunity. He and his men spot a machine gun nest. Destroying it is a goal that actually relates to the war he expected to fight. When one of the men reminds him that it’s not the objective, Miller responds “our objective is to win the war!” The arithmetic only gets more terrible due to this decision. 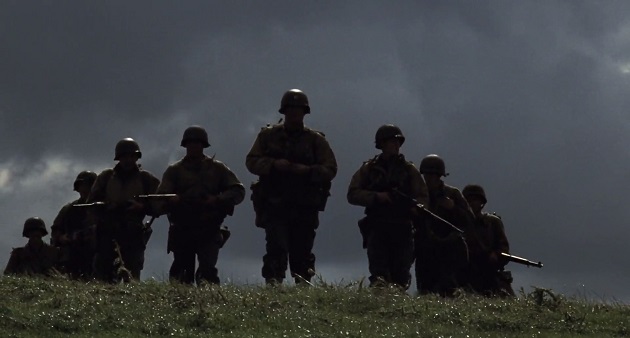 The final battle at last allows the two objectives to be fused together. With Ryan refusing to leave, Miller and squad finally get to both protect him and fight the war by holding a bridge that’s key to the effort. Sergeant Horvath calls it a chance for “the one decent thing we were able to pull out of this god-awful, shitty mess.” It’s almost a coup against the high command and its vaunted PR effort. The high command is too clean and distant from the gruesome reality on the ground, as we had already seen at Omaha Beach. Finally the men are able to free themselves from it in the service of a mission-critical objective in the war.

Not only that, but this is the first time they are on the defensive against the Wehrmacht. Omaha Beach was an attack. The sniper may have opened fire but their effort to take him out was still an attack. The machine gun nest was an attack. Now the Nazis are attacking the town and it’s a chance to inflict some terrible arithmetic on them. But before we get to Miller’s last stand against the tank followed by his final order Ryan to “earn this,” the Ramelle battle is characterized by struggling, screaming, cowering, and crying as nearly everyone from Jackson to Mellish to Horvath is killed. Upham fails to do the one thing he needed to do, Ryan ends up huddling in a corner from the shelling. In the end it’s just Miller, severely injured, popping off his sidearm against an oncoming tank, knowing full well that this is the end for him.

There is controversy as to the intended meaning of the opening and closing of the film taking place in the present day, with the old man and his family visiting Arlington cemetery turning out to be Ryan saluting and thanking Captain Miller for his sacrifice. The meaning is clear: survivor’s guilt. The men at Normandy are heroes to us because they were asked to participate in a terrible arithmetic by a pretentious and comfortably distant high command. In this film, rather than just telling a conventional story of real bravery, we are repeatedly exposed to that reality at its worst. And we reckon with the ethics alongside the men sent to their deaths for Ryan.

What Saving Private Ryan imparts upon us is the idea that your grandfather (or great grandfather) wasn’t John Wayne but James Ryan. Someone who could have been atomized or disintegrated by the machine gun grinders on the beach or a casualty in a fruitless PR mission; someone who was thrown into hell perhaps for utterly nonsensical, even unethical causes that didn’t relate to the good war. That in the course of getting through it alive, he was scared and helpless, even a failure at times, and at other times lost part of himself in cruelty; sometimes he just wanted to give up and be back with his mother. The survivors have told us enough stories for us to keep the memory alive. Many of them are living with the guilt of having made it out of there, hoping that they earned the lives they led after, instead of being just another one of so many in the mass carnage.

Today is as good a day as any to re-assure them that they did.