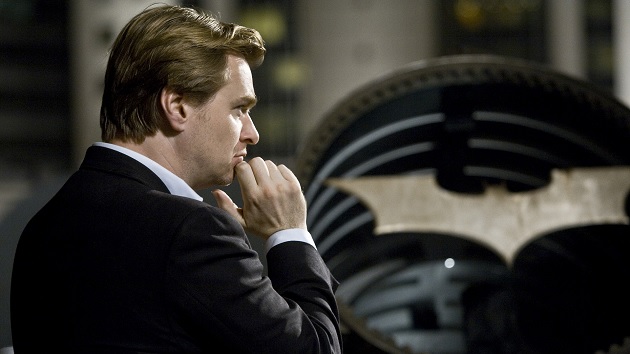 This article was originally published on the Cinematic Katzenjammer in March 2018, as the first of three parts. Part II can be found here.

My aim with it is to explore shared or contrasted themes, patterns, and characters in an auteur’s filmography. We tend to notice the director sometimes as often as we notice genre. Steven Spielberg, Stanley Kubrick, Akira Kurosawa, Martin Scorsese, Brian De Palma, Guillermo del Toro, Ridley Scott, Bong Joon Ho, Steven Soderbergh, John Ford, Ang Lee, Clint Eastwood, Mel Gibson, and even Michael Bay – all have signature styles, motifs, and interests that we can recognize for ourselves on the screen. Any of them (or others) could be the centerpiece of an entry in this feature.

But I begin with the one that I had the most nightmares about: Christopher Nolan.

There is no modern filmmaker operating anywhere near his intellectual, technical, or cerebral level. His films are grand, awesome, enveloping experiences brimming with immediacy, where I often come out the other side partially reshaped in the images of his characters. Even his bad films fascinate like no one else’s.

I have no shame about calling myself a Nolan bro, and admitting that I am biased in his overall favor. Some of it is because I strongly identify with the drive of his protagonists – the pressures they feel against the clock and the repression of themselves for the tasks at hand. I don’t love every movie of his, but I consider it nothing less than a privilege to have entered the prime of my life with and through his films. As his scope and budget has increased so too have the depths of his mind and story themes. However much Disney, Netflix, and Amazon continue to shape the era of American couch potato cinema, and however much blockbuster cinema boils itself down into franchise blandness, Nolan is one of the few that I will always go to bat for.

So here’s to discussing his approaches to stories, his ideas, and his expressions of humanity through film.

As a caveat, I don’t have a single, all-encompassing throughline in all of this. We’re dealing with a complex, ambitious mind full of philosophical and existential fascinations, as well as deep personal anguish. Nolan is a technological auteur and IMAX pioneer but also someone who doesn’t use email, and prohibits mobile devices on his set. He takes secretive measures with his scripts that would make the men at Fort Knox blush, yet he interviews like he has almost nothing to hide. He is both a space-exploratory futurist and a preservationist of film stock. He is not a partisan filmmaker or even an especially political guy. His films appeal to both leftists and conservatives alike. How does he keep doing it?

Let’s begin in broad strokes and talk about the movies at the center of his legacy – heroism. 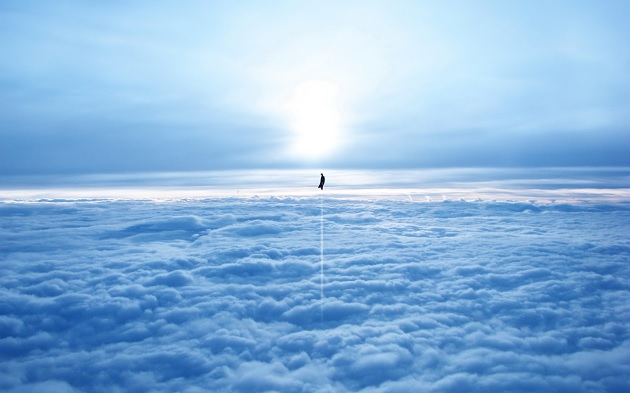 Spoilers to follow for Man of Steel, and The Dark Knight Trilogy.

For all the constant exposition in his movies, Nolan does not really “tell” stories. He constructs them. His movies are about building and discovering mysteries, characters, dreams, universes, and historical events. The experience of viewing them often has us cerebrally trying to work out the logic of what’s in front of our faces, while also questioning its truth. In the process, we are taken in by the look, the sound, and the cinematography that blends the surreal with the ultra-real. It is wholesome and pure in essence, which is why it is also oftentimes non-linear.

And the subjects he explores include the burden of creation, the cruel, fleeting reality of time, the relationship between the individual and his own imagination, the consequences of ideas, and the shared human experience of fear and loss. In his films, you will find these novel elements enhancing their greater meaning as constructions.

And I’d like to counterintuitively start this breakdown with a film where Nolan was involved only in the story and basic design – Man of Steel.

I feel dual emotions over Man of Steel. The execution of elements is some of the worst I’ve ever seen. The dramatic text is non-functional and haphazard. The dialogue, character journeys, and event sequences all feel cold and unrealized. It’s all steel and no man. So much emphasis is placed upon the divine and the otherworldly nature of Superman, the movie forgot to make him a human being first. But if you look at it from that eye – that planetary orbital view – it is conceptually one of the most beautiful constructions of super heroism ever filmed.

The point of the film is that the basis of Superman’s heroism lies in his resistance to nihilistic temptation. As someone whose powers literally alienate him from everyone else, Kal-El does not fit with the rest of the world. He cannot relate to humans, he cannot open up to society, and the first time he is given the answers of his Kryptonian parentage is maybe the first time he is truly happy. So when a third father figure (Zod) leading a strand of his alien family, now the last of their kind, shows up and not only invites him in with (mostly) open arms, but also explains to him that he is, as destiny would have it, the literal key to their salvation and continuation, his experiences should – in theory – make him jump right in. But the time spent with both of his fathers, being in awe of the strength of their hope and belief in him, has given him a basic faith that his real purpose is on Earth and among the humans Jor-El and Lara entrusted to care for him. His moral conviction is fortified so. When he defies and resists Zod’s evolutionary utilitarian designs, he is punished for it relentlessly as a sacrifice to protect mankind’s innocence. But through perseverance he endures, fighting against the remnants of his own species to preserve the world that never gave him a chance. The world in turn agrees to give him one.

That’s really good. It defines a character both by his moral resilience and his relationship with society. If Man of Steel had the structure, dramatism, and better overall mechanics for its conflicts and battles, this could be a landmark moment in the history of the character. The film’s failure is unfortunate, but never let it be said that that it didn’t stem from something real.

And perhaps this story’s theme of a protagonist’s ideological and moral rejection of the objectives and tactics of the outsider group that wanted to take him in reminds you of another superhero origin story – Batman Begins.

Yes, it feels silly to spend so much effort to explain a character in a costume, especially now a decade and a half later. As far as superhero origin stories go, Begins is about as plot mechanical as one can get. Was all that necessary? Does he need this much logic? Children can take one look at him and know what he’s about. What’s going on here?

A Batman story can be about anything. His best books embodied or explored potent qualities or characteristics of him and his world – his detective work, limitation-pushing physicality, relationship with his villains, his effect on Gotham, his life and social role outside the cowl, etc. But for Nolan, these are just pools for details that govern the mechanics. In that respect, Begins is perfect. Nolan makes the mechanical plotting look easy because it is not the focus.

Batman Begins, after all, is not about water contamination or microwave emitters or ninjas. It’s about products of fear. It’s about the effects of fear on a city from the poor and downtrodden who mug people leaving the opera to the law enforcement authorities who don’t crack down on crime to the unscrupulous puppeteers on the board of Wayne Enterprises to the rich orphan who starts off in a Chinese dungeon for stealing fruit. It’s about the weaponization of fear and the ideology of its usage as destruction. My friend Sage Hyden’s articulation of this thematic structure cannot be topped. Nolan’s construction of Batman is as a personal conquering of, and social answer to, fear.

Like in Man of Steel, Batman’s heroism is defined by what he stands against. To be sure, only one of his antagonists here actually exists to tempt him. But he is conditioned into the symbol by his clashes with those rivals.

And it is the ethics of fear in Begins that lay the thematic groundwork for the greatest character Nolan ever created – the Joker.

Social orders come from a collective use of reason to anticipate and plan for bad things and bad outcomes. But no one can plan for the Joker. He is the answer to the city that has, by rallying around Batman, believed itself to have risen above fear. And he is the perfect instrument of his absolute gleeful anarchy. He is the antithesis of all that we build and maintain to better ourselves and sustain our society. He has no loyalties, no singular objectives, and no Achilles heel. We have nothing to scare him. We are simply helpless against the fires he stokes as he shows us time and time again that we are more scared than we know, and that we cling to institutions out of that fear. That we act according to our worst instincts when the social order fails us.

One specific example of this character’s brilliant conception is his fluctuating backstory. The Joker has at least two, likely more, incompatible stories for the origin of his scars. Both stories we hear – one with an abusive alcoholic father, the other with a gambling, deserting wife – might explain how a guy like that comes to have nothing to lose. But his tale is always changing, about-facing in different settings with different groups with no consistency whatsoever. We keep looking for some kind of revelation as to who he is, and his response is to constantly misdirect. He’s messing with everyone, including us, and that’s the point.

This is what makes him so intimately terrifying. We can’t just explain him away, for he is beyond our capacity for reason. We can’t put him or his anarchy in a box, for he laughs at our very efforts to try.

As it turns out, there is a character from a prior Nolan film to whom the Joker could be viewed as an attractive polar opposite. Instead of having wildly different backstories that change with the shape of the moon, this character has artificially built his entire identity and life purpose around just one. One specific backstory that he relishes telling nearly everyone he meets. On some level, this character is every bit as inhumane and menacing to society as the Joker.

His name is Leonard. And we’ll be going into his head in Part II.