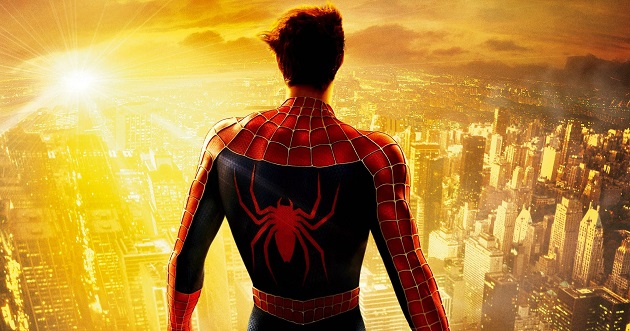 AUTHOR’S NOTE: This article was originally published on the Cinematic Katzenjammer in November 2017.

Spider-Man is a duality.

From one radioactive spider bite, an awkward, gangly wallflower of a science geek teenager suddenly acquired bullet-time reflexes, herculean strength, acrobatic agility, and a sixth sense. All that, as opposed to, say, cancer.

Do you remember how you were as a teenager? This would look like the luckiest break ever. With powers like these you’d think you could have fun all the time, and never worry about anything ever again. Sounds like an amazing fantasy… 15.

But in the story of Spider-Man, the opposite happens. Peter Parker’s life is as volatile as they come – relentlessly difficult and without prospects of meaningful improvement. He can have some fun in the costume but life gets worse with these powers, not better. If you ever picked up a Spider-Man comic for the action, at some point you probably said to yourself “boy, I sure wouldn’t want to be this guy…” Spider-Man always looks like the perfect escapist vehicle. He is not. And he is a hero because at all times he is capable of being something else.

When I watch Sam Raimi’s Spider-Man, I am awash with dual emotions. I feel the way Peter feels when staring into Mary Jane’s eyes: inspired yet cautioned, empowered yet vulnerable, excited yet terrified, and I know only what kind of integrity I want to have.

Very few modern blockbusters evoke such a response, and fewer still to this degree. After over ten years, two other actors, and at least three post-Raimi Spidey films I found to be sub-par at best, I think I now understand why. 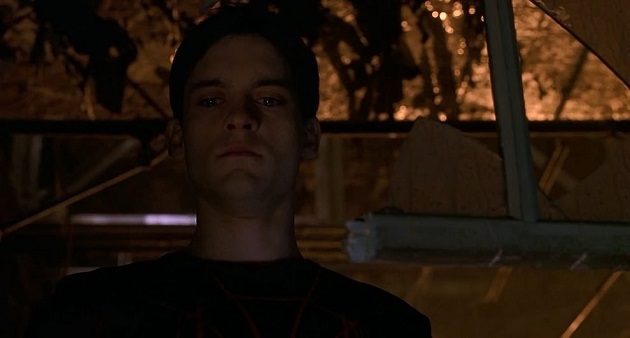 For all the sunny optimism, live-action cheese, and monster kitsch, Raimi’s trilogy is alarmingly dark. Tobey Maguire’s Parker is never the confident adult that we want him to be, and always in his own way. He takes the easy way out often. He pays for it equally often. The first time he uses his powers free from responsibility, he gets Uncle Ben killed. When the Green Goblin offers him a villainous partnership, even Peter doubts his lackluster “because it’s right!” answer to the “why bother” question. It’s only after he seeks out MJ, brutalizes her assailants, and experiences the kiss of a lifetime that he finds himself. His next scene is a blazing firefighter’s rescue.

In Spider-Man 2, when being heroic is too hard, he quits. At first his reformed life is perfect, but the guilt won’t go away and Aunt May won’t shoulder it with him. She refuses his hand just as he refused Ben’s. Toward the end, he coldly refuses to address Harry’s grief and incredulity, leading Harry to Goblin 2.0. And when Doc Ock gives him the out by sacrificing himself, and MJ at last learns the truth, Peter gets everything he wants, only for the final shot of the film to gloom dark over MJ’s face. The moment signals a foreboding doom. What a statement.

Raimi’s Peter Parker never stops making these mistakes. Yet the films don’t coldly indict him for them either. They understand, as we do, that a human being can only do so much. How can you be Spider-Man if you keep getting fired or shortchanged from work? Or when you’re failing classes? Or are living without love? Can a hero take a break to come back with twice the fortitude? Raimi posits questions without clear answers because that’s the nature of Spider-Man’s duality. Spider-Man and Spider-Man 2 are as dualistic as he is.

We see Peter genuinely trying his hardest. At heart, he’s a good person, crushed by the oh so very Catholic guilt of his failure to be a better one, and always in an effort to make the best of the lemons the superhero adult life keeps throwing at him.

His nemeses face a similar human struggle. Spider-Man’s heroism is proven by his ability to do what they tragically cannot. He can embrace the tough moral grapples and persevere through them. He can hold on! The train rescue remains the greatest, most thrilling, and emotionally rewarding highlight of the superhero genre bar none because it shows us, after a steady dramatic arc, what a character like that is capable of. He tries, fails, tries again, fails, and tries again with sheer grit. Raimi’s fast camera keeps with him as Maguire, unmasked, puts his face through the motions as his character is drawn, quartered, and crucified. And the passengers return the favor in kind, just as New York did on the bridge when both MJ and the falling gondola were in his hands.

This is his ultimate sacrifice, but it doesn’t last long or end the film because no one, neither Spider-Man nor his villains, is totally defined by one single moment in their lives. 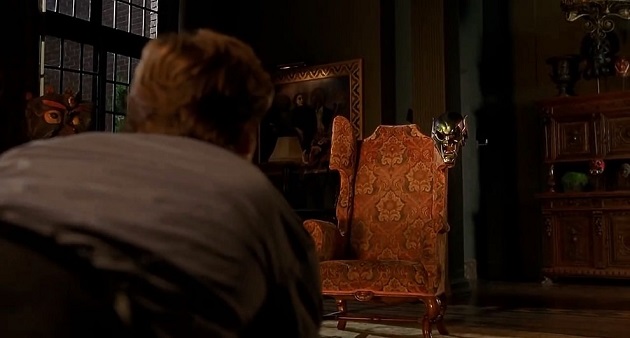 Raimi’s trilogy doesn’t have conventionally irredeemable or cynical evildoers. Flint Marko and Eddie Brock aren’t evil, but flawed and desperate – facing hardships Peter and Aunt May are familiar with. Harry is confused and alone. Norman Osborne and Otto Octavius are good, brilliant, caring men at their core before they get carried away with their scientific obsessions whose side-effects amplified ambition but switched off their moral inhibitors.

That, by the way, is exactly what happens to Spider-Man himself in Spider-Man 3. But one difference stands out. Spider-Man, as Leah Schnelbach observed in her TOR article cited above, is the only person in the trilogy who intentionally and deliberately, with malice aforethought, and without any insanity excuse whatsoever, chooses to kill someone.

The symbiote is its own “performance” enhancer, like the Goblin serum or Ock’s robotic arms – amplifying violence and aggression in the service of personal desire and suppressing the human conscience. But unlike Goblin and Ock, who merely get stuck with their inner demons, Peter willingly embraces evil by making the conscious choice to don the black suit instead of the classic one. He knows it will enable him to kill. He thinks it will empower him.

Spider-Man 3 is not a great movie. But it does have an Editor’s Cut that far better reveals the authorial intent regarding the Act 4 spiral of Peter’s moral compromise that Raimi was going for. After drowning Sandman he first seeks validation from Aunt May, who gives none of it. Then, once MJ “breaks up” with him, he puts on the suit again to get his life back. The cut shows him in and out of the suit, initially rewarded and constantly tempted by it. First he blows the whistle on Brock. But he doesn’t care about the integrity of photographic journalism. He does it for himself.

Then he puts the suit away, thinking to himself “did I just do that?” Then he dons black again to bully Harry. Here, Peter is at his cruelest, not only in refusing to care about the truth but also in needlessly lying to Harry, and dishonoring his father’s memory just to hurt him.

And then… he cruelly turns his wrath upon the audience in what has to be one of the greatest power-drunken parody sequences in history.

If you didn’t appreciate the extent to which Raimi was making fun of Peter Parker in that socially-criminal James Brown performance, I have to question if you’ve watched these movies.

When Peter’s original pajama sweats costume was revealed, were you not cracking and cackling from how stupid he looked? He had the perfect sketch and he blew it. Even worse, he thinks he looks so cool! Or how about earlier when he tests out his powers, trying to come up with cool catchphrases for web slinging? When he tried to leap back into being Spider-Man only to hilariously crash into the street, were you not laughing at the folly of his thinking that it would be that easy?

Raimi spent the trilogy humanizing Peter Parker by mocking him because Peter Parker is not cool. He’s the dweebiest, most socially off-putting and romantically cringe-worthy weirdo ever, and almost everything he thinks is badass is horrendous and unwatchable. Spider-Man’s wise cracks sound great when he’s got the mask and costume on. But when out of them, Peter’s idea of bold assertions and telling people off looks and sounds exactly as lame as… well, you do when you’re arguing on the internet.

The purpose of that emo dance, then, was not just to show how ridiculous he acts in his little self-stylized celebration, but also to stop the audience from delighting too heavily in it. Not to put too fine a point on it, but the song he’s dancing to is considered one of the greatest in R&B genre history. But every black woman passing him by looks like they wish they had mace on hand. Don’t shoot the messenger; the movie agreed with you that you were seeing something atrocious.

And it’s thematically in line with the greater moral complexity of the Spider-Man Trilogy. Peter’s worst enemy is winning right there. You should not want him to debase or embarrass himself like that. The rest of Spider-Man 3, save the last dance with Mary Jane, can’t fully come together. But in the end, I don’t just find emotional solace in the first two because they avoid the third’s many flaws. I appreciate them more because the greatness buried within that over-handled mess of a threequel conveys real perspective on heroism. Spider-Man is a hero because he is truly and authentically capable of greater evil than anyone else in his vicinity. When haunted by the image of him at his lowest, his fleeting high points become all the more glorious.

The Raimi trilogy is more than just the ultimate post-9/11 catharsis blockbuster. It is the story of a flawed person moving and operating within a darker moral haze than the world around him appears to be. His Peter Parker is real enough to us as a struggling dorky adult that we are always rooting for him to be his best self, and cheer when he lives up to it, just as we do for ourselves.

You will never, in the modern-day Marvel Cinematic Universe, see anything close to this trilogy’s comical yet deeply serious commitment to the humane characterization of a superhero, unless those stories are written and directed by Shane Black, James Gunn, or Ryan Coogler. You won’t find it in Spider-Man: Homecoming and you certainly won’t find it in the Andrew Garfield desecrations. What they lacked, among so much else, was the multidimensional emotion stemming from that duality at the heart of Spider-Man.

Sam Raimi didn’t just get it. He ventured deep, unafraid to showcase its ugliness, moral and visceral. For once you see how bad it might look on you, that’s when you know what kind of person you want to be.