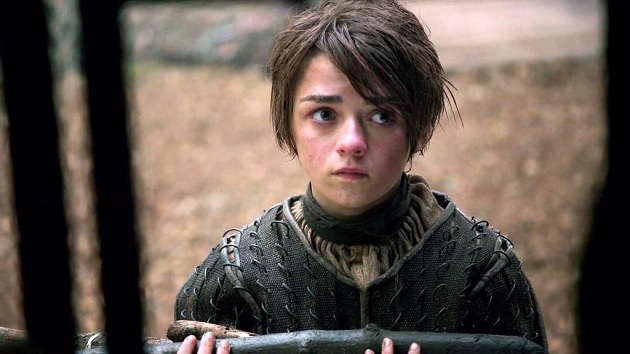 AUTHOR’S NOTE: This article was originally published on the Cinematic Katzenjammer in May 2019.

Game of Thrones is a show about ice zombies – except for when it isn’t.

When it isn’t ripping off The Walking Dead, World War Z, Resident Evil, and other things undead-related, it’s a show about the living – their honor and courage, but also their vanity and abuse. When existential threats are not on the horizon, people behave according to artificial customs and live according to the demands of their relations.

In the civilized lands of Westeros, appearances matter. Status and stature matter, titles matter, nicknames matter, marriages matter, clothing matters, and house sigils and banners matter. The lands and cultures of Westeros are thick with the traditions and romantic trappings of feudal order. Men and women of power and status crave for more of it, and compete for recognition and honors. High-born individuals (especially women) may have an abundance of gold and knights, but they are also slaves to the family tradition and the tyranny of “expectations.” All of this, of course, is known as the game of thrones.

But these round holes do not fit every square peg. Against this backdrop, a girl defies – let’s talk about Arya Stark.

DISCLAIMER #1: I will only be talking about Arya from the show. I will presume its integrity to the furthest extent possible.

DISCLAIMER #2: I’m going to spoil everything.

Arya has one of the most fascinating character arcs in the entire series. Her journey is about how she paradoxically veers away from traditions of order yet clings to her family identity.

Unlike others who are defined around a severable crutch, Arya is remarkable for what she is not and what she cannot be. She is expected to marry arranged between allying families, bear children, and grow old and fat in his castle. These are the basic roles available to her by the customs of civilization in Westeros. It all comes naturally to Sansa, but not Arya. She can’t knit or keep up with Septa Mordane. She can’t put together a wardrobe or keep her mouth shut. She flicks food at Sansa during large feasts. She beats Bran at archery, and plays with swords and sticks with the butcher’s boy. She chases cats, gets muddy, and dons knight helmets. And her wolf Nymeria, named for a great warrior from the Rhoynar, is an aggressive and protective animal – wandering the wilds on her own.

But Arya is not just a hard-boiled tomboy cynic. She’s not preemptively steeling herself for the grim brutality of life. She hasn’t internalized the “Winter is Coming” metaphor more than any other Stark. She isn’t training out of fear or out of anticipation for a Tourney or a battle. She spends the first season largely exercising in not following social norms.

After cutting her hair and pretending to be a Flea Bottom orphan boy, she spends most of Season 2 in Harrenhal in the company of Tywin. The fortress is both a home for the Lannister war council and a brutal torture prison. With the help of her new friend Jaqen H’ghar the Faceless Man who kills any name she speaks, Arya becomes Harrenhal’s ghost – a small force of chaos upon the encampment. As the ghost, she doesn’t just kill. She spies on the enemy war effort, and causes the men to crack down even harder. Having already impressed Jaqen by her disguises, he reveals to her the words of the many-faced God and the ability to hide in plain sight by literally changing his face. 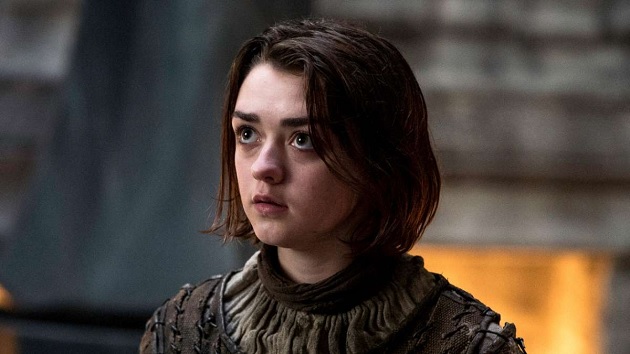 The pattern is already clear. Arya has been alienated from civilization and from most of its basic concepts of order. She is destined to be a lone wolf. A name matters to her only in that it helps identify a marked target. Otherwise, disguise, stealth, and avoiding recognition are her methods of survival.

Arya then spends most of Season 3 in the captivity of a Riverlands organization that explicitly rejects allegiances to the major houses and warden families. Finally – a crew of outlaws with whom she’ll fit right in. Except no, because their religion is crazy and they still follow barbaric traditions like trial-by-combat, which allows the Hound to escape justice for having killed her friend Micah. They’re just like the lords they pretend not to be, so Arya flees… straight into the arms of the Hound – the first person maybe in the entire realm to treat her with true honesty. He shares with her his isolated bitterness and cynicism about society, and showing even less patience for good-natured courtesy than she has. Maisie Williams deserves tremendous credit for the chemistry Arya has with men like Tywin and the Hound.

The untimely events of the Red Wedding and Lysa’s murder are a hilarious divine sign that Arya doesn’t belong back in a homey environment yet. But by the end of Season 4, she’s gotten used to traveling with the Hound, killing with him, and even learning how to be primal with him. It’s a hell of a bond between them. She likes it so much that when Brienne recognizes her and attempts to take her home, Arya boards a ship and crosses the Sea.

There is something observably Rousseauian about this arc. Civilization – pacts and laws that supposedly protect life and ensure fairness – failed her, so she slowly sheds more and more of her ties with it. Her very first experience after leaving Winterfell involved her being both witness and victim to a brutal injustice that was given life by the expectations of Westeros high society. She was harmlessly playing with Micah, Prince Joffrey became an abusive bully, and she defended him. When it got out of hand, her wolf was banished, her friend was murdered, and her sister covered the entire thing up because it would not have been proper for her to squeal on her husband to be. From Arya’s perspective, this wasn’t just Sansa’s betrayal. This was society’s betrayal. Since then, she’s been drifting further and further away from it, turning to basic nature itself. She might have had a future with the Brotherhood, but they conformed to custom and religious dogma as much as everyone else. Only the Hound was true to her. 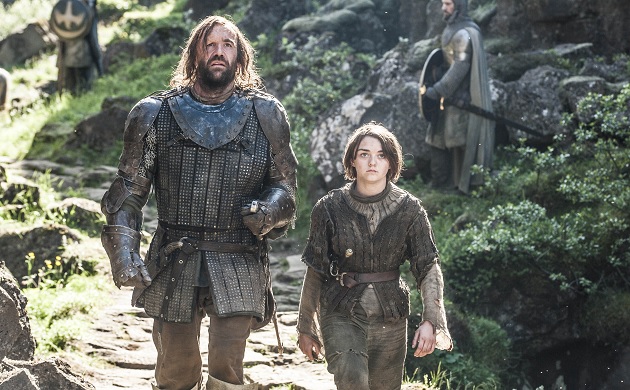 Now note the points of emphasis in her Faceless training – the story-slap game and the actress she befriends. She’s not just learning how to kill – she already knows how to do that. She’s learning how to lie – to really lie, not just betray like so many did to her, but to adopt lies upon lies until a new identity is built that she can then assume. If she can become no one, she can become anyone.

By the end of Season 6, Arya is bound to no pack, skilled in the Faceless arts, and now ready to return to reclaim her old name through vengeance. She can act out the goals and desires of Arya Stark by being no one at all, and she can do it alone.

In a society that runs on names, reputations, and recognizable tokens of status and power, being “no one” is trouble. Arya will always be a Stark. But the political legacy of her family and the banners it proudly boasts are now, to her, just more items of vanity in the game of thrones. She is, by stark contrast, an instrument against it. The Faceless training was about turning Arya into a weapon against the very aristocratic order that so alienated her.

And with her training complete, Arya can be a hundred times the disruptive force she was in Harrenhal. Not just to House Frey, but to anyone anywhere She can walk back into King’s Landing, turn herself into the Queen’s chambermaid or an assistant to the Maester, and plant seeds of chaos and dysfunction that ripple through the political center of the realm. This isn’t speculation. It’s literally the throughline of her story and the culmination of everything she went through over six seasons.

Or the story can just throw all that to Seven Hells and make a girl the hero in an ice zombie battle.