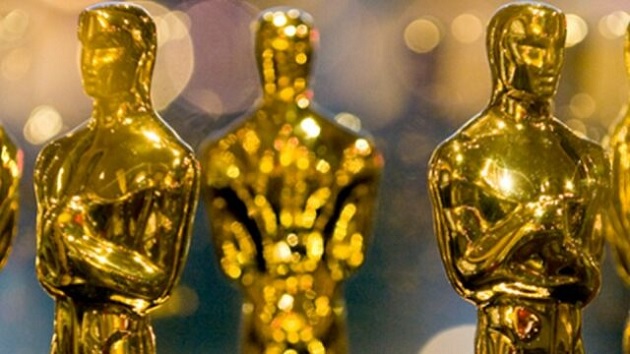 AUTHOR’S NOTE: This article was originally published on the Cinematic Katzenjammer in January, 2019.

“The Oscars are coming!” That used to be exciting. Now it sounds like something a new Paul Revere should be saying while out of breath and on his way to a dumb rally.

Yes, the Sun has once again made its orbit around Hollywood. The box office enters its winter hiatus, which means it’s now time for scientologists and Weinstein apologists to dress up, perk up, make up, pucker up, and smile pretty together as they make their indirect contributions to the reelection of their favorite orange noisemaker. Behold the generosity of the gated and guarded as they take a few hours to explain how little they think of you while breaking their limbs patting themselves on the back.

Prepare for an evening of sanctimony and cliché. But hey – every now and then the right movie wins the right thing. So here’s a joke-filled breakdown of some of the movies America’s political experts plan to talk about. 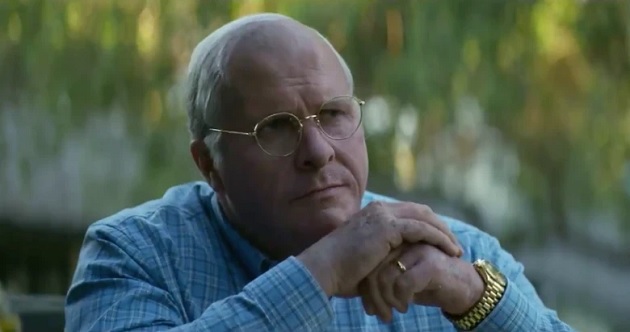 It deserves to win Makeup and Hair, and nothing else. Well okay – if there’s an Oscar for best trailer, Vice would have an argument.

Movies lie all the time. Sometimes it’s harmless Then there’s Vice which has no ideas beyond “Dick Cheney is evil; he’s a no-good horrible, very bad man, and everything you hate came from him.” McKay tries so very hard – in his other films. Not this one. This movie treats Cheney like he drove his car off a bridge and killed a woman, except the car was the Executive Branch, the bridge was the Constitution, and the woman was Gitmo detainees, Iraqi civilians, Harry Whittington, and even his daughter Mary. And that he did it all while sober.

Don’t worry, says the film. The diabolical scorpions in his brain didn’t all come from him. Some came from Antonin Scalia in a twelve-year old’s idea of origin storytelling. “Hey Peter Parker; you should expose yourself to radioactive, genetic hybrid spiders. You won’t get cancer, trust me!” The stupidity equivalent of this is in the film. Vice is insufferably tedious with it.

We’re a full decade now removed from his presence in the White House, with time and hindsight offering valuable looks into the depths of his heart and mind. The look we get here is apparently one where Cheney’s heart is so horrified by his twisted mind that it tries to escape by attacking the body five times. Maybe the man himself doesn’t deserve better, but you do. 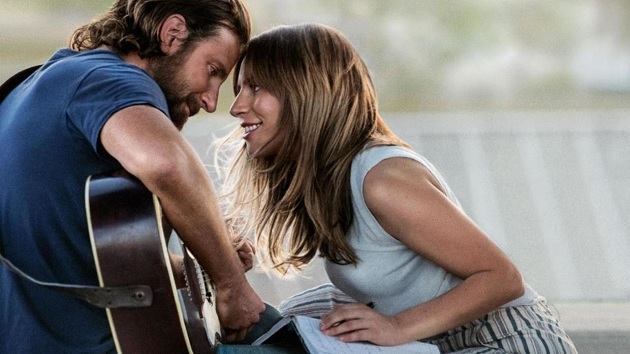 Bradley Cooper’s directorial debut is all manner of meta. Remaking a remake once more without feeling, A Star Is Born is only a movie to the extent that storyboard footage before and after a pop music video can be stitched together into something that can run the length of a feature. It’s too long and too rushed, vulgar and overly affectionate, and with unearned teary breakdowns happening way too early. It’s even got Gaga practicing her acceptance speech in what is her own breakout acting stardom. She can’t destroy a room of collector’s items like Orson Welles, and she never convinces as an actual character, and no live performance in the film ever reaches the emotional heights of Oscar Isaac five years ago with the Coen Brothers’ snubbed masterpiece Inside Llewyn Davis.

But as an album by itself, it’s good. Bradley Cooper didn’t just teach himself how to play an alcoholic’s guitar, but the actual guitar. Too bad he didn’t teach himself how to direct basic situations. His highlights are on the stage and nowhere else. Basically what I’m saying is – get the soundtrack and consider the movie to be optional… unless you’re that desperate to see Gaga in a tub. 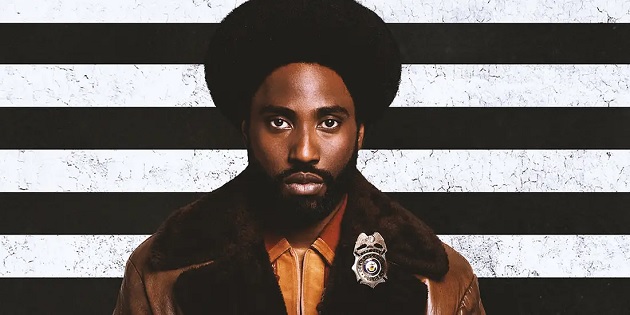 It’s unfashionable to say that Do the Right Thing is overrated (though by no means bad), and Spike Lee is full of it. You can put him in a corner with Oliver Stone as the kind of recognizably capable and energetic filmmaker too loose with his niche brain spooling for even Hollywood to take him seriously all the time. So it’s refreshing to see him step away from his previous habits of bastardizing Korean masterpieces with Oldboy and sexually old-manning himself with Chi-raq, and make a movie that general audiences might actually enjoy.

Spike peaked between the late ‘80s and mid ‘90s as a racially angst-stricken cinematic trailblazer, and is now more out of touch than he’d ever likely admit. His successes here occur largely because he’s partially turned himself into Ron Howard – narrating and definitely embellishing a cute buddy cop story about Klan infiltration – that Spike himself would have read about as a teenager. This is milquetoast, middle-brow Lee.

You should not take BlackkKlansman as an accurate document. It uses its story to tease parallels in language and bigotry patterns until the end when it literalizes them in the form of a giant upside down black/white American flag. It’s probably offensive on some level, but getting offended is for the weak. When two hours of Spirograph plotting on the map pass with no end in sight, slamming the pin onto Charlottesville itself is oddly fitting. 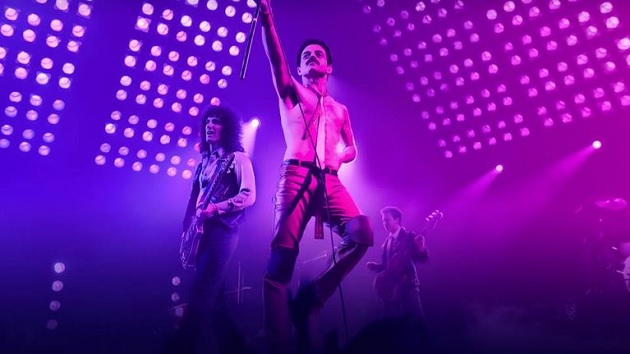 I see a little silhouetto of a movie.

Howard Hawks used to say “a good film is three good scenes and no bad ones.” Bohemian Rhapsody has one great scene and a whole host of terrible ones. It’s unwatchable, unfunny, and undeserving of association with its namesake.

I know some critics want to fault it for apparently not showing Freddie Mercury punishing his genitalia too much on screen like the Pride Parade hijacking a busk, but Bohemian Rhapsody as it stands is bad enough to be a punishment on our own. The film is long enough to make your butt hurt, your chest sag, and the rest of you droop to the floor in boredom. It has almost no life to it, except for at the end with Rami Malek making himself a momentary god among imitators. His concert at the end is candy for YouTube, and you might as well forget everything that came before it. The story is inauthentic and its unraveling here is the product of botching and bludgeoning by egomaniacs – a kind of disaster artistry that probably itself makes for a better parallel to the growth and destruction of Queen. Steven Soderbergh would’ve crushed this if he knew how to make a loud film. Alas, instead we have Singer (sort of).

Mama, just kill me instead. 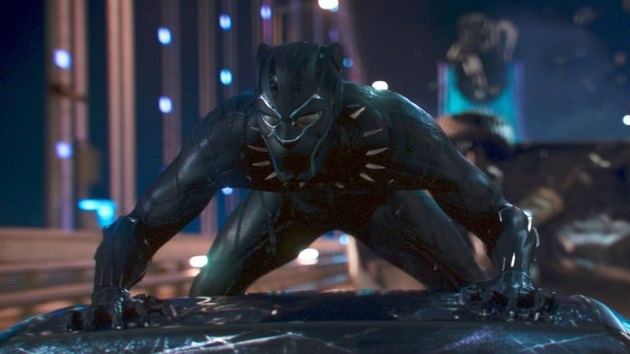 Overrated is overrated, but I almost want this silly cartoon to win Best Picture since it wasn’t nominated for any other major category. Imagine this movie – basically Do the Right Thing with cats and kings wrapped in a McDonald’s bag – usurping the movie made by the guy who made the original in the first place. Congratulations, Disney, for melding corporatism with identity politics, and then convincing your sheep that the ones who didn’t like it were the fascists. That’s some billion dollar marketing.

Still, with Marvel having written itself into a corner, it surprises that Black Panther remains a very good movie. What keeps getting in its way are the atrocious effects, banal color grading, and action cinematography that feels like the camera was pinned on Gerald Ford in a field sobriety test. But I’ll still take it over most of the others for actually remembering how to build and contrast character profiles, even when shackled to a structure that’s rips off the least interesting bits of James Bond and The Lion King. Wakanda, if nothing else, has more to it than any other setting of the others nominated here, even the one its respective movie is named after. 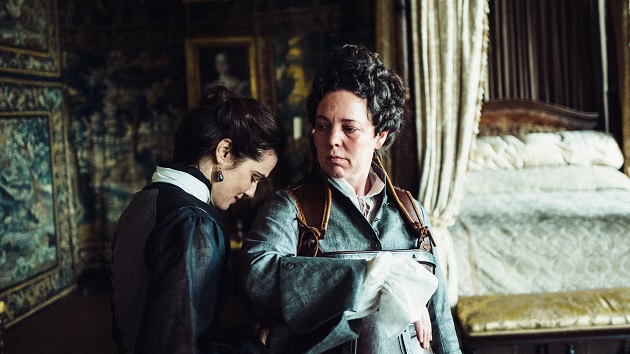 There was a time I might have enjoyed the spectacle alone. How fortunate of me then to have witnessed the real thing – Barry Lyndon – some months before this choppy, wobbly pretender tried to stick its nose where I was sitting. The Favourite is your typical late-teenth century English costume freak show that Oscar can’t go without every year. Anyone who finds it less than intolerable either hasn’t seen Barry Lyndon or doesn’t understand what made that film work. The natural lighting here doesn’t manage without Kubrick’s dispassion and distance, satirizing the thoughtlessness of an unremarkable man who had the remarkable all around him. If the world doesn’t feel alien, it becomes pointless to explore it with your senses and appreciate it better than Barry himself.

Kubrickian copycat camerawork is everywhere from under-stool shots to fisheyes to quick cuts to hallway scanning. All of it is wasted because characters operate in a crack-addled script, and the camera can’t dislodge itself from the insides of their cleavage and armpits to actually make sense of what they’re doing. They think they’re cleverly remarking upon contemporary sexual mores. But the film breaks its neck five different ways trying to follow them that you can’t even inhale enough to laugh, let alone feel anything. The only guy who does Kubrick worse is Tom Hooper. 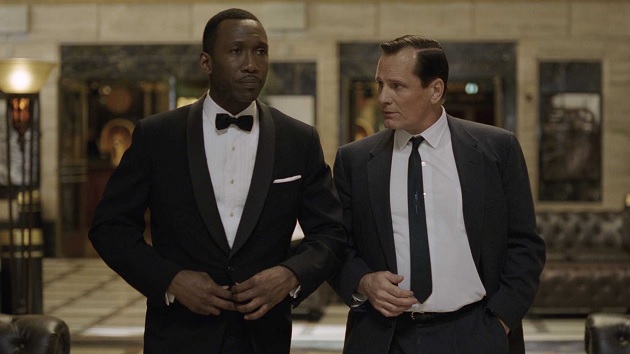 If you couldn’t tell already, revisiting Do the Right Thing is a theme for this ceremony. And that theme wouldn’t be complete without a clone of the movie that beat it out of an Oscar 29 years ago. Here we have Driving Miss Daisy, pianist edition with Italians. It gets points for being more watchable than most of the rest of these, and then loses them all for being false.

Don’t get me wrong; racial reconciliation is great, and I even enjoyed it when Tarantino did it with the Lincoln Letter. But at least The Hateful Eight came out with it being a lie ahead of time. The only awareness Green Book seems to have is that “bullshitter” is spelled with two Ts. You can’t fault a “true” story for not dousing itself in kerosene and holding up a sign that says “The End Is Nigh,” for which race baiters everywhere get preachy erections. You can, however, criticize the bad taste of modernity that washes across it. Check out the worldly, hifalutin Renaissance figure condescending to the impulsive, quick-buck Bronx fellow in scenes we’re supposed to find charming. This only “works” in a year where black royalty (so to speak) is being romanticized as Hollywood’s idea of reparations.

Then again, maybe it won’t. I can’t think of a more stupidly meta cap off to the Oscars than Green Book losing Picture, with the Academy celebrating itself for “growing up” from Driving Miss Daisy without actually growing up. 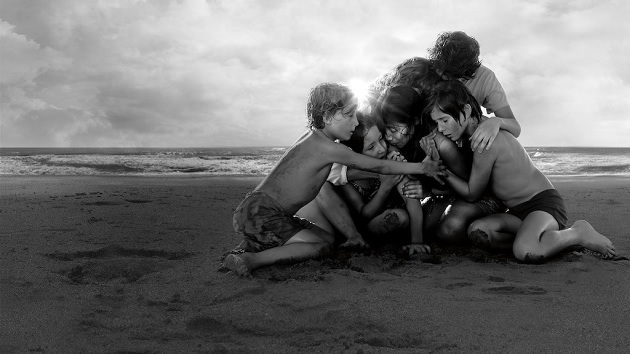 But where oh where would Oscar be without a mini epic with oblivious characters getting by on the mundane while socially reshaping events pass by? Forrest Gump at least remembered to make his stupidity the core of his character’s innocence. The helplessness of Cleo in Roma is too much to even warrant comparison to Lee Daniels’s The Butler.

I’m sure the real Cleo meant a lot to Alfonso Cuarón. But here she’s barely good for anything beyond cleaning dog turds on the driveway. Otherwise she’s loved by the kids, bossed by the adults, and neglected or abused by her boyfriend. Only a filmmaker behind something as pretentious as Children of Men could lipstick this affectionately self-flagellating pig of a film up in black/white formats and male nudity, and pass it off as high art.

Yeah, the beach scene is good, but it would’ve been better if it was how the film started rather than ended. The oner with a crowd organically exiting a theater while Cleo waits for someone who isn’t coming back is one of the best standalone scenes all year. Maybe that’s why Roma is a Netflix release. They worry you’ll leave with the crowd.

Happy 2019, folks. Be sure to always do the right thing. Also, don’t lie… unless you’re asked if you enjoyed all this tripe. The mob is always watching.