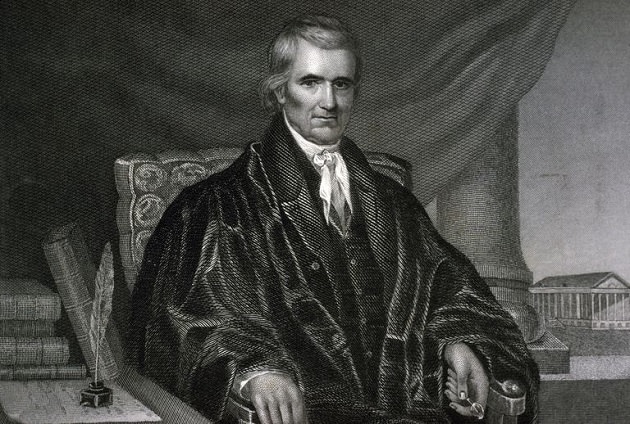 The Supreme Court can tell us all no. That’s a good thing.

Blasphemous as it may be to say on Twitter, I genuinely like Ben Shapiro. I have important disagreements with him, but I’m proud of how he’s become a household name. I admire him for his steadfast courage. And I think that in terms of generational influence, he’s probably the most widespread conservative intellectual since Buckley. All that, and he’s not even 40.

So in spite of the provocative headline, there is absolutely no disrespect towards him intended in this post. Ben, if you’re reading this, please don’t kill me on your next podcast.

For those unfamiliar with Ben Shapiro, he’s a lawyer, scholar, and popular podcast host. And one of his more unconventional opinions is that Marbury v. Madison – one of the first Supreme Court decisions in history, which declared that federal courts can strike down laws that are incompatible with the Constitution – was wrong.

To be sure, Ben is not the only one who thinks this. I know several dissenters against judicial review and Chief Justice John Marshall (the author of Marbury) in particular. But Ben wrote his 3L paper on the case, arguing for its revisiting. Disclosure: I couldn’t find it. But he’s written other things since. After reading this, this, and this, and then listening to this, I’ve got a pretty good idea of what his basic argument is.

Most people understand the Marbury rule of judicial review like this – the Supreme Court can say that a law, any American law, violates the Constitution. Like Thanos snapping his fingers, that law vanishes, as though it never existed. Of course that’s nonsense. Why have a court do that instead of, say, literally anyone else? Courts have to listen to people prattle on about how they weren’t really speeding, or why they should get full custody instead of their crazy ex-wives. And they’re the ones with the power to unilaterally declare, whenever they want, what the Constitution says, with everyone else forced to obey?

But we’re not the French. Our interpretative bodies don’t get to preview a law and veto it before it passes. Our courts hear “cases and controversies” – like the disagreements I noted earlier. And it’s only when they’re presented with one that they have the opportunity to review a law.

Ben thinks that even then, that’s too much power in their hands and too easily (and often) exploited. He points to the fact that they invent constitutional rights from nothing and fail to protect actual rights. They play politics and toy with power like the oligarchy that Jefferson and Madison warned us about. To him, nine people being able to override the values of an entire nation seemingly just through sheer hubris is bad. Not just bad, but contrary to the design of the Constitution.

It’s hard to find fault with his frustration. President Jackson infamously mocked the Court after Worcester v. Georgia, saying “John Marshall has made his decision; now let him enforce it!” What happens to your gay marriage rights if entire states rally around clerks like Kim Davis? Do you think simply saying “but the Supreme Court said in Obergefell v. Hodges…!” will save you? Ben doesn’t. And he deserves an honest answer. 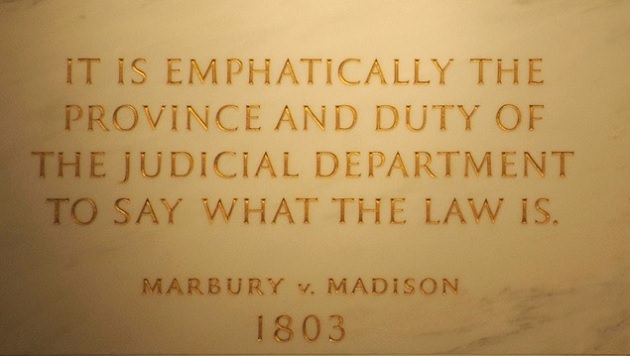 Imagine that on a regular, peaceful evening, the police suddenly kicked down your door, stripped you naked and held you up at gunpoint, while they ransacked your home and tore through your emails and computer files until they find that one song that they can prove you never purchased. No warrant; no exigent circumstances. You won’t get convicted because the court will not allow that evidence to be considered.

Is the court actively stopping the police from doing all that? No. But it is saying that if law enforcement officers do things like that, they cannot use the court to convict you.

That’s the logic of judicial review in a nutshell. Justice Scalia put it this way – “what constitutional interpretation we do, we do by accident,” because the court resolves disputes. You can’t resolve a dispute without applying the law. To apply the law, you need to state clearly what the law is. The Constitution is “the supreme law of the land,” which means that nothing contradicting it can be “the law.” Therefore, the court cannot apply it to the dispute. And if it cannot apply to that dispute, then it cannot apply to any dispute of the same exact kind.

When Chief Marshall wrote Marbury, he was talking to the federal courts. His message is that their role in resolving disputes cannot be meaningfully separated from their function of declaring the law. That’s their obligation. When people bring cases before the courts, they do so with the understanding that a law or action in question will be scrutinized under the Constitution. And, most importantly, if it does not survive that scrutiny, the courts themselves cannot recognize its legitimacy in resolving the disputes.

These are the judiciary’s terms for hearing your case. Marbury is about how we use courts as forums to hear disputes, not how they act the part of gods on Olympus. So when Ben Shapiro denounces judicial review, he is, likely unintentionally, denouncing something foundational to the courts’ function in doing what the Constitution itself requires of them.

This doesn’t mean that suddenly all the things that he’s frustrated about should just be dismissed. It means that the issues are separate. And it’s all the more important to ensure that we get judges who won’t abuse the power. You can believe in judicial review and still hate how they exercise it, and abdicate their duty in the process. It’s simply impossible for them to resolve legal disputes without it. 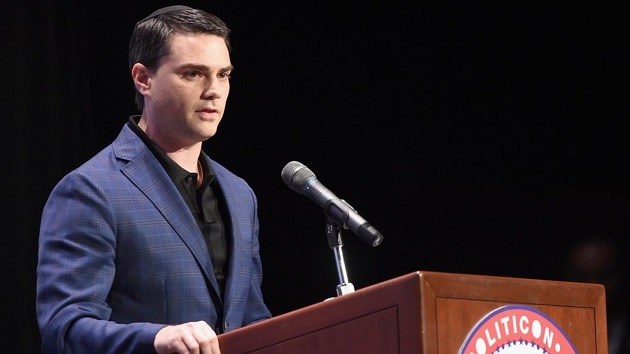 If you still think Marbury is wrong, consider Ben’s alternative. He says, “the check [against legislatures violating the Constitution] will be the people themselves. If our elected lawmakers violate the Constitution, they will be answerable to us.”

That’s a good one. To be fair, Ben wrote that in 2005, a full decade before today’s mass lifestyle-ized political rage. I doubt that’s still his position today.

There is no political body in America more hell-bent on overthrowing the Constitution than “the people themselves.” The people of California have been seceding from the First Amendment; the people of Illinois, New York, Hawaii, New Jersey, and Massachusetts have all but seceded from the Second. The people vote for healthcare mandates, wiretapping schemes, voting regulations, detention centers, even forced sterilization, – all of which are constitutionally suspect to varying degrees. People cry out for tyrants to lead them and kill liberty with thunderous applause.

The Preamble begins with “We the People” but the structure it creates checks the power of “the people” from every angle. Bicameralism, the Electoral College, judicial appointments, indirect elections of Senators (until the 17th Amendment), enumerated powers of Congress, state veto power against the admission of new states – and the Bill of Rights spells out what these checks are there to preserve. “The People” do not get to infringe on the freedoms like religion, guns, speech, assembly, etc. But it’s not just because the Constitution says so. It’s because the structure of separate, compartmentalized institutions it creates prevents anyone, especially “the People” from accumulating enough power to let them treat it like a piece of paper.

The independent judiciary is part of that structure. The Supreme Court is often called “counter-majoritarian” – a fancy-pants term for “they can tell everyone no.” They are that way because to carry out their duties, they must be. The Constitution requires nothing less. Sorry, Ben.